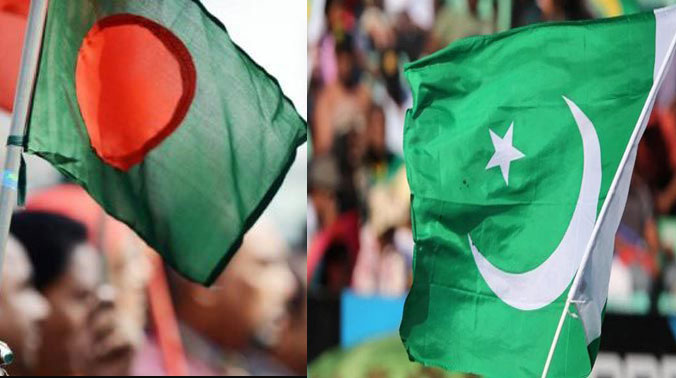 Many supporters want to keep sports and politics separate, but those attempts are sometimes considered unsuccessful. The ongoing series between Pakistan and Bangladesh is proof of that. In each match, a large group of supporters supported Pakistan. The Pakistan team’s entry into the field, exit from the field, getting wickets, hitting boundaries, their excitement in every case was eye-catching. For all these reasons, starting from the media, civil society and general sports fans have been protesting for some time now.
While supporting any team in cricket is not a crime, the name of the team is ‘Pakistan’ and the root cause of the protest is hidden here. Since hatred towards Pakistan can be said to be the lifeblood of this country’s politics and we are always passionate about 1971, the opportunity to use this emotion purposefully and politically is also widely practiced and natural culture.

It is true that Pakistan has maintained diplomatic relations with Pakistan from the highest levels of the country.
Undoubtedly supporting one’s opponent in one’s own country, in one’s own field, in front of one’s own party is certainly sad and reprehensible. More sadly, this country has seen the shameless support of various media personalities in support of Pakistan as well as India, and even the flag of Bangladesh has been seen to be disrespected. But what could be the reason for such support for Pakistan?

In all cases, there is an expectation that healthy entertainment will spread.
Bangladesh will play the first Test against Pakistan today. The first match will start at 10 am at Zahur Ahmed Stadium in Chittagong. This Test match is the match of the Test Championship.