CRICDOT DESK : The eighth edition of Bangladesh Premier League (BPL) is knocking on the door. Fighting will start from January 21. The Players’ Draft was held on Monday (December 26) before the playground. The participating BPL franchises have arranged their favorite squads from 203 local and 435 foreign cricketers.

Before the Players’ Draft for the eighth edition of the BPL, the franchises had the opportunity to field one local and three foreign cricketers. Taking advantage of that opportunity, each team has taken the star of their choice. The team got four of the eight highest paid domestic cricketers in the ‘A’ category before the draft. That is why two cricketers who did not get a team – Tamim Iqbal and Mashrafe Mortaza are going to get in the players draft.

As per the rules, Sylhet, Khulna, Barisal and Comilla have fielded a maximum of 4 cricketers. Besides, Chittagong has included 3 cricketers in the team. Dhaka has selected Mahmudullah Riyadh, the captain of Bangladesh T20 team, as the only cricketer. 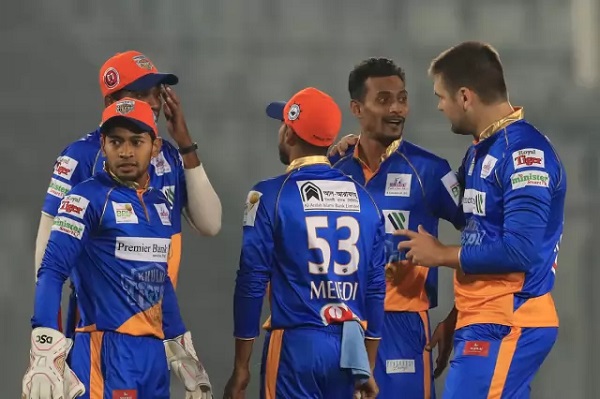 ♦Minimum number of domestic players in the squad: 10

♦Highest domestic player in the squad: 14

BPL means Bangladesh Premier League. The ‘cup’ was given across with it probably to give a push, just to say BPL that doesn’t come. Saying ‘BPL Cup’ is like a struggle now. So that ‘BPL Cup’ is over again and in the meantime a little push has started. Controversy every time as This is what happened with the Dhaka franchise. But even after the name of the owner of the franchise was announced earlier, it was informed the very next day that their ownership has been canceled! The owner could not pay the participation fee on time. Facebook is very busy with this. But we say it’s a sign of improvement!

Money transactions in BPL have always been a source of discussion. Franchise cricket is all about money. The same goes for BPL, but here the jingle comes more from the negative discussion.

Consider the bank guarantee. This is a matter that often becomes a mirage in the activities of the BPL Governing Council. This is there, this is not. Once an organization got the broadcasting rights of BPL. As per the rules, they gave bank guarantee to BCB.

Later, when the company started making excuses for the money, it was found that the bank guarantee check was not in the drawer of BCB! Where did Rob go around? It was later found out that the then BPL Governing Council had returned the check to the organization without anyone noticing.

Therefore, it can be assumed that this BPLO will show many more dramas while keeping the ‘continuity’ intact. In fact, there is nothing to say in BPL. Some of them are left behind, which is done later, understanding the opportunity and the situation. For this reason, if you want BPL, you can also say ‘Baki Premier League’.

‘Rest’ and ‘arrears’ are synonyms. In the beginning, BPL got the name ‘Outstanding Premier League’ from many people. Domestic players brought justice to the BCB, “Our money is owed by the franchisees!” The foreign players said in an interview, “Our money is also in arrears.” This is how the Bangladesh Premier League is going on. Or ‘Bangladesh Problem League?’

Attempts have been made to create ‘problem’ in BPL from outside the country as well. A former ICC chief once pressured the BCB to close the BPL, fearing that the market for his country’s franchise tournament would shrink. But to no avail, he received a stern response from former BCB president and current finance minister AHM Mustafa Kamal.

The idea of ​​BPL in the form of IPL is basically Mustafa Kamal’s ‘Brain Child’. After that BCB could not even field any new regular tournament. The BPL is also running with problems and debates. The BCB claims that the BPL is one of the world’s franchise leagues after the IPL. However, many franchise leagues started after BPL are now better organized than BPL.

This is the eighth edition of the BPL tournament. But till today BPL has not got any strong financial structure. Everything from franchise deals to player buying and selling, tournament rules and regulations should be run with care and patronage. There is no clear idea about the financial gains and losses of BCB from BPL.

Irregularities and biased behavior go hand in hand with BPL. There are two types of franchise owners. BCB near owner and far owner. Strict rules for distant owners may not be the norm for near owners. ‘Power Heating’ and ‘Power Play’ are also seen off the field in the BPL.

The next BPL is the spot-fixing scandal. That is a black chapter in the history of cricket in Bangladesh. But the culprits have been punished, that’s a good thing. Apparently the BPL has managed to stay tough at least in this place so far.

Once again, before the start of the tournament, a player has received an offer from the gamblers to play nine-six. However, he immediately informed the BCB’s anti-corruption department.

But who will watch the ridiculous and shameful incidents that take place in every event of BPL organization? As long as the BPL does not have a definite form as a franchise league, the Bangladesh Premier League will actually be the ‘Bangladesh Problem League.’